Greetings to those that may stumble on to this Page. My name is Paul, or you can call me Neon. I do art animations, writing and comics. This is kinda my Portfolio of Sorts, hope you enjoy what you see. You can Contact me @: apaulo100@gmail.com View all posts by Paul "Neon" Davidson →

Hey ALL! Again it’s been a while! Time to give some opinions and talk about the latest and greatest thing to happen to cinema since… (insert your favorite movie here). Warner Bros and Ryan Reynolds released a trailer for Pokémon’s Detective Pikachu movie. A video of my reaction and some written opinions can be found down below past the break.

END_OF_DOCUMENT_TOKEN_TO_BE_REPLACED

Greetings readers. It’s been a while since I’ve updated here but today I have a special video and article for ya. It’s all about Super Smash Bros Ultimate’s latest and last Direct and my reaction/opinions on it. This video was so important that it reignited my hype for the game. Check it all out after the break.

END_OF_DOCUMENT_TOKEN_TO_BE_REPLACED

Hello, my normie readers. Mega Man 11 released a few days ago and being the Mega Fan I am I played through the entire game with a friend of mine. You can see my first episode after reading through my second ever written review down after the break.

END_OF_DOCUMENT_TOKEN_TO_BE_REPLACED

This is a day that a lot of Switch owners have been dreading. Now we have to pay for something that was originally free and despite a good price, it still feels like a total rip off. It doesn’t help that Nintendo treated it’s viewers and customers like children giving definitions and explanations to simple concepts that we are already knowledgeable about. Don’t get what I’m talking about? Please check out the video below as I analyze Nintendo’s marketing strategies for the online service, where they went wrong and why A LOT of people are upset about this whole thing.

I first analyze the trailer for the Online Service that was shown during last week’s Nintendo Direct. After that I present some updated facts about the service such as the cloud saves and NES games and then give my own personal opinion on this service’s concept.

More videos on this topic to come soon:

For those who follow my Youtube channel, you may know that I am currently doing a marathon of classic Mega Man let’s plays. 4 was the most recent episode that I had uploaded over a month ago and finally, I’m getting back into it with my favorite Mega Man game, Mega Man 5.

Also to note, after Mega Man 6, I’m going to cut up the let’s plays into multiple parts. As you can see from Mega Man 1 up till now the parts last for as long as the game lasts which means each video is over an hour long. Starting with Mega Man 7 I’m going to shorten the parts to about half an hour or so, perhaps even less.

With all that said, please enjoy.

Hello my normies, Paul Neon Davidson here. This will be the first time I do a full-on written review. It’s about the recently released PS4 Spider-Man game. I also have a video of me playing the first hour in the end so check it out if you can. Please :3.

Spider-Man has been released for PS4 and it has got be one of the most glorious PS4 exclusives I have ever played. It’s possibly the best Spider-Man game released to date.

A lot of people would compare this game to the critically acclaimed Batman: Arkham games and while they both feature similar combat systems Spider-Man manages to still make the game feel unique with Spidey’s web-slinging abilities. Tie up enemies, sling yourself toward them for greater impact, throw projectiles at your foes, and with extra upgrades that can be unlocked through XP combat in this game never ceases to please.

Your webs also allow for fast and acrobatic travel across New York City, which includes nods to Dr. Strange’s Sanctum and even Ghostbusters surprisingly (see below). You can sling across New York or just walk about and talk to civilians, some of which you can even give a high-five to adding to your XP. Graphically speaking I feel Spider-Man gives GTA 5 a run for its money and the open world allows for some amazing exploration that the previously addressed web-slinging emphasizes.

Along with the story focused missions are some side missions which add to the play time and replayability of the game guaranteeing a 30+ hour long game that could take even longer to 100%. The story and the game are set in their own universe not based on any movie like previous game and the story is enjoyable with a lot of Spidey’s iconic rogue gallery coming out to play and each with a unique boss battle. The cutscenes feel like a movie and have great characterizations for Peter and his usual gang including Aunt May, MJ, and Harry Osborne. It’s a good balance of originality, nods to the movies, and comic book campiness.

I can’t say it enough and a lot of other reviewers agree, Marvel’s Spider-Man for PS4 is AMAZING, SPECTACULAR, SUPERIOR, and is friendly to all in the gaming neighborhood. 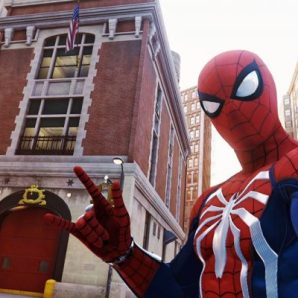 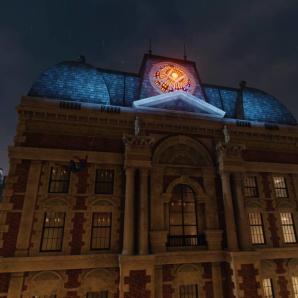 Hello my normies! I played the newly released Mega Man 11 demo on Nintendo switch! It’s of course free and a lot of fun! Check out the video below to get more details!

Also unlike my other posts I’m gonna try to do some actual journalism here. Along side this demo we got the reveal of two new robot masters: Impact Man and Bounce Man. In fact in the demo you can use Impact Man’s weapon: the Pile Driver. It’s Block Man’s weakness.

Bounce Man is the large round childish guy that of course bounces around and tries to punch you. Impact Man is a construction type robot that is literally trying to nail you! Check them out in the PS4 trailer down below.

The first video I’ve made in a WHILE! In August we got a bunch of information about the upcoming Sonic the Hedgehog movie. I collected all the information that was announced at the time and compiled them together in this video. I also give my opinions on the production and the concepts introduced so far.

I apologize for not updating my website and not being active in the slightest. I was supposed to have dome this video like a week ago but due to a trip I took with my family and getting sick right afterward I was in place to do any editing or recording. I promise

Long time no see Nintendo Normies. I reacted to today’s Nintendo Direct involving Super Smash Bros Ultimate. I analyze it, and speculate on some new information and features that were announced in this direct. From Simon Belmont and King K Rool getting announced to the return of Tournament mode, there’s a lot to take in.

Hope you guys enjoy, also please consider subscribing and watching/reading the rest of my content.

Greetings followers and website viewers. As some may know I love Mega Man so lately I’ve been doing a bunch of Mega Man videos lately so I decided to drop two videos here relating to Mega Man.

The first is the second episode of my Mega Man Marathon, a series of Mega Man let’s plays I’m doing in preparation of Mega Man 11. I plan to LP it when it comes out.

The second video is a an analysis and reaction to the newly released Mega Man: Fully Charged San Diego Comic Con trailer. I’ve ben looking forward to official footage of this show and now I got to see it. And it was just….OKAY. This show comes out, August 5th.

Videos are after the break.